The current Quantz monument in Scheden is designed by sculptor George Arfmann from Königslütter. It’s inauguration took place on June 23, 1991. 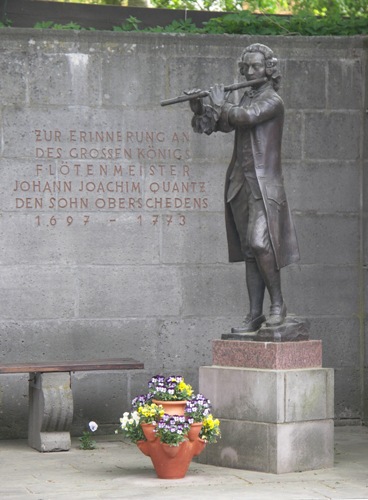 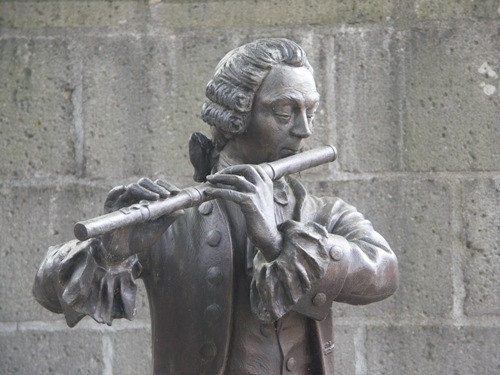 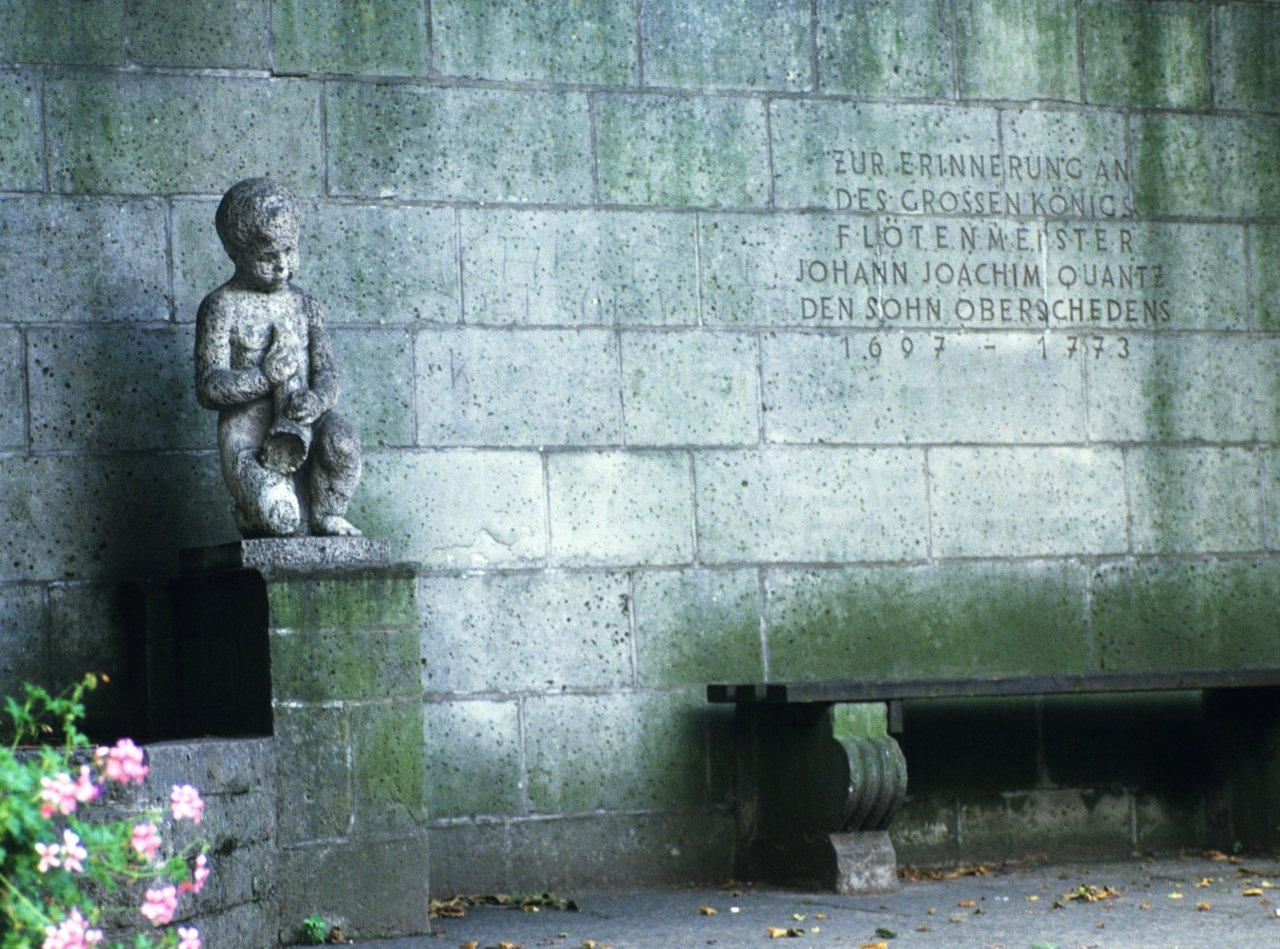 Quantz died on the 12th of July 1773 at Potsdam and was originally buried at Potsdam’s Friedhof vor dem Nauener Tor, where the king erected a monument for him. This cemetery was closed in 1796. In 1865 his remains and monument were moved to the Alter Friedhof in Potsdam. In June 1994 the weathered monument at Quantz’s first burial site was replaced with a copy. 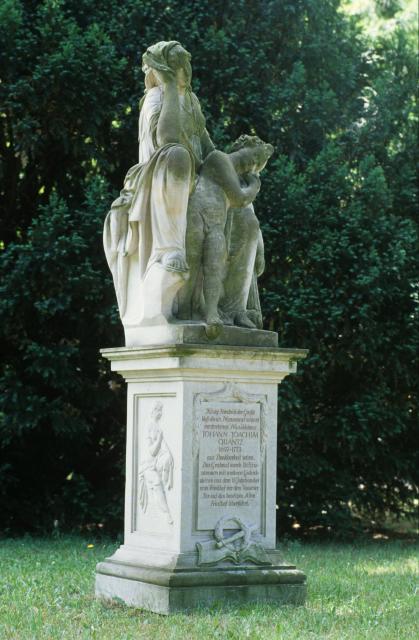